Skip to content
You are here
Home > General > Sam Young, Patriarch of the Young Family, Has Passed Away 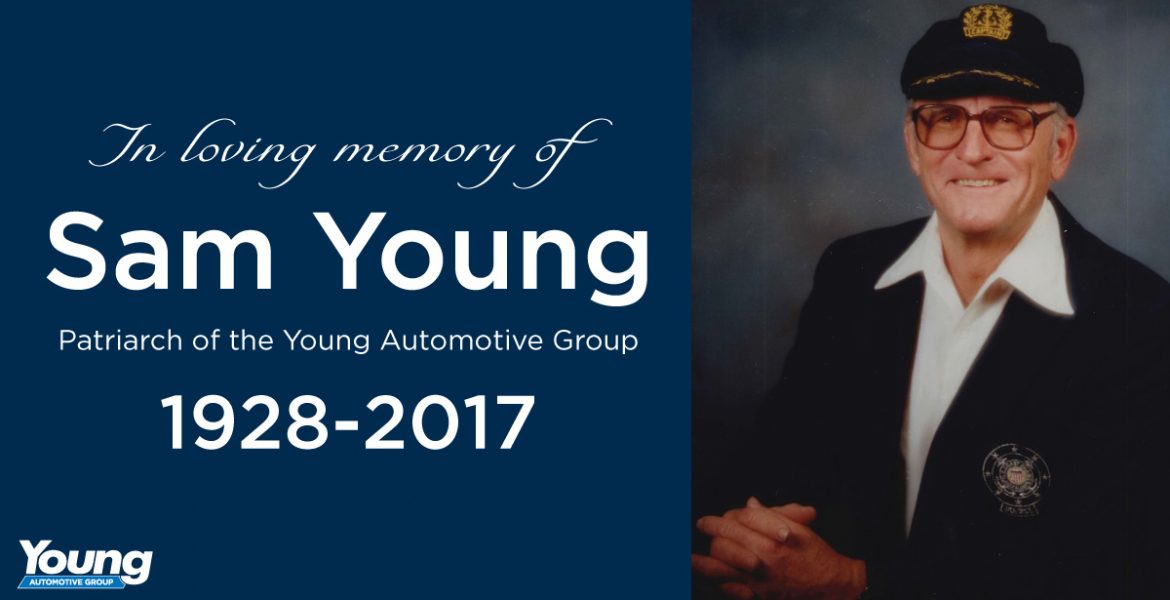 Layton, UT – The Young Automotive Group announces with great sadness the death of its patriarch, Sam Young.  Sam passed away peacefully on October 18, 2017 at 1:27 p.m., surrounded by loved ones.  He was 89 years old.

Mr. Young took over Olsen Chevrolet from his father-in-law, Jack Olsen, in the early 1950s.  He ran it alongside Kent Murdock until the 1970s.  At the time, in order to accommodate their rising posterity, the two decided to part ways. Under Young’s direction, Olsen Chevrolet became Young Chevrolet, which evolved into the Young Automotive Group.

Sam led Young Automotive Group as its president and CEO for many years, until his retirement in 1989, when he moved into a director role. During his tenure as CEO, Mr. Young opened two new automotive dealerships and expanded the company’s service and body shop departments.  His legacy continues at the Young Automotive Group, which is presently owned and operated by his children and grandchildren.

Sam’s community involvement and philanthropic endeavors spanned many areas. He served as the president of the Davis County Chamber of Commerce, and received its Legacy award in 2000. He served on the United States Coast Guard Auxiliary for fifteen years.  For over four years, he served alongside his wife, Marian, as a substance abuse recovery missionary at the Davis County jail.  The couple also spent four years as temple workers at the LDS Ogden temple. Sam was the head of Ogden exchange club, and also served as a Boy Scout leader for several years.

Mr. Young was a yachting and sailing enthusiast, and served as Commodore of the Lake Powell Yacht Club in 1990. For many years, he and Marian lived on a house boat on Lake Powell.

Sam was passionate about skiing, tennis, and WSU basketball. He had a fantastic sense of humor, and was known for his wit and candor. He was always making those around him laugh.

Stuff the Bus at Young Kia this Saturday!

The Catfish story for reals

17 thoughts on “Sam Young, Patriarch of the Young Family, Has Passed Away”